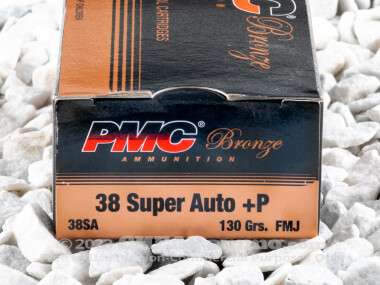 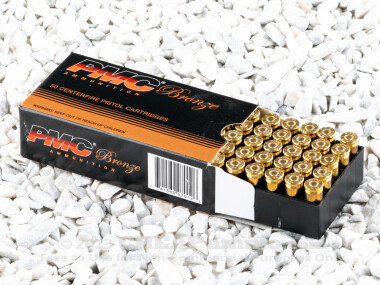 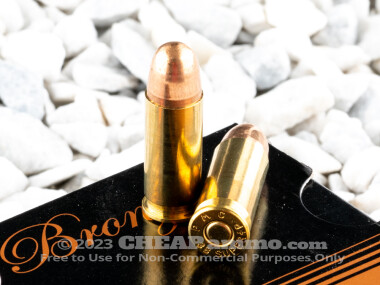 The .38 Super by Colt is an “upcharged” version of the old .38 ACP cartridge, developed in 1929 as a chambering in the now venerable 1911 pistol. With the threat of more aggressive criminal elements, there was a demand for a pistol round that could defeat contemporary body armor. The .38 Super offered that capability, though was quickly surpassed as a law enforcement round by the introduction of the .357 Magnum. The Super, however, gained a true following by competitive sport shooters and remains popular in that niche to this day. The 130 grain full metal jacketed bullet by PMC has a muzzle velocity of 1100 feet per second and 350 foot pounds of energy. This is designed for range training and target shooting, but also serves very well as a round for competitions.

Precision Metallic Cartridges (PMC) maintains full control not only over production but also over component selection in order to provide a quality and reliable product. It is easy to understand why when it is realized that the company also provides ammunition to the South Korean Military, which remains in a constant state of preparedness. MC brass is also valued for its durability by reloaders, not an uncommon skill with competitive pistol shooters.

Feel safe and no concern about ordering my ammo from Cheap. Nothing cheap about the ammo.