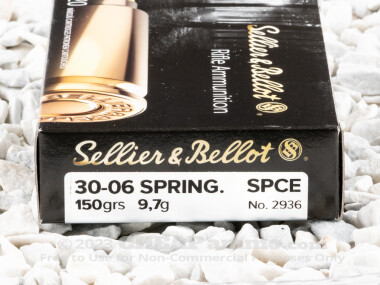 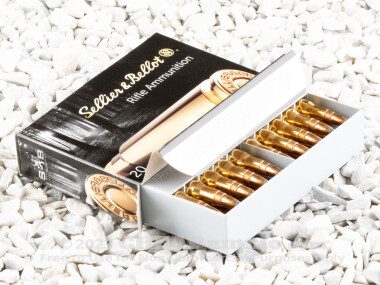 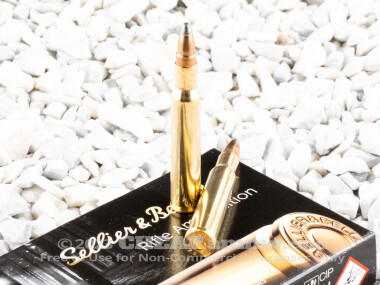 .30-06 Springfield ammunition has a traditional feel to it not only because of its fifty plus years of US military service but its even longer use for sporting purposes. It is the king of the “standard” rifle rounds to many people, some of whom are not even Americans. Used for medium to larger game on both American continents, it has also seen use on Safari in Africa and even hunting trips in Europe. The 150 grain soft point cutting edge bullet by Sellier & Bellot has a muzzle velocity of 2887 feet per second with 2777 foot pounds of energy. The SPCE bullet is specifically designed not to bleed energy off by fracturing after contact but achieve maximum penetration while expanding within the target.

Sellier & Bellot is among one of the earliest pioneers of the Soft Point Cutting Edge (SPCE) bullet designs. These are modified soft point bullets that are designed to expand predictably without shedding its mass so as not to lose momentum and penetration into the target. They are favored by hunters, especially of dangerous game. S&B is an established munitions maker with almost two hundred years of production experience. Their reloadable brass cases are well known for their quality and sought after by handloaders making their own custom rounds.