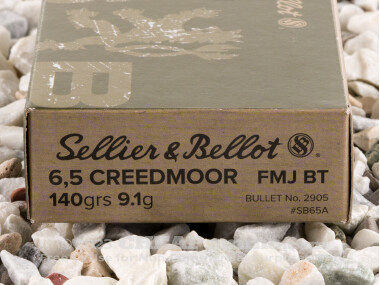 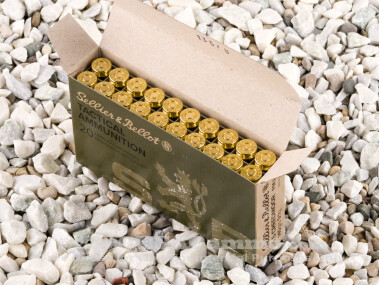 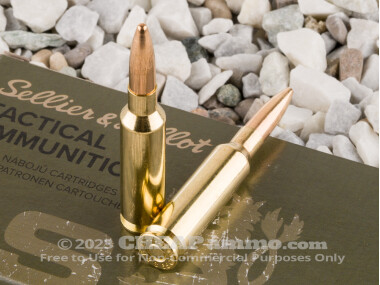 Jean Maria Nicolaus Bellot founded Sellier & Bellot in 1825 with a simple dream: That one day American shooters would use his ammunition to make the most impressive shots of their lives with their 6.5 Creedmoor rifles. The industrialist’s ambition was truly impressive, especially given the fact that the 6.5 Creedmoor wouldn’t be introduced until nearly 200 years later.

This 6.5 Creedmoor round can prune the ear whiskers off of a June bug. Its 140 grain FMB projectile features a drag reducing boat tail, which in conjunction with a consistent 2,657 fps muzzle velocity grants it a ballistic coefficient of nearly 0.5. Such a bullet retains approximately 80 percent of its starting velocity 300 yards out, making its trajectory truly flat and its accuracy pinpoint.

This round’s tack driving bullet is paired well with a new production brass shell casing. An industrial dynamo like Sellier & Bellot makes their own primers and propellant from scratch -- high quality scratch. Now order up a bunch and make your and Bellot’s dream come true!