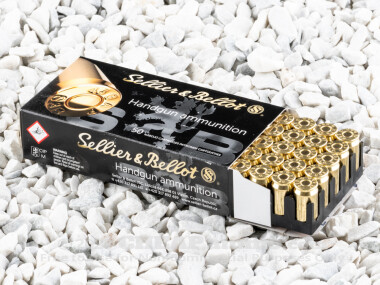 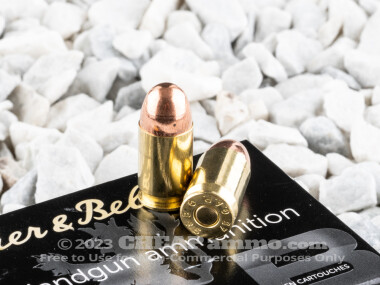 Developed in 2003, the .45 Glock Automatic Pistol cartridge is the only round that is associated directly with Glock. Designed to mimic the ballistic energies of a .45 ACP cartridge, but out of a shorter case, the GAP offers ease of handling found in the 9mm/.40/.357 grip Glocks, along with the benefits of concealability, with a .45 caliber semiautomatic handgun. While numerous police departments initially adopted the cartridge, spurred by the concealability appeal, many have resorted back to the 9mm. Nevertheless, true Glock enthusiasts and GAP reloaders continue to favor this ingenious round. The 230 grain full metal jacket round by Sellier & Bellot has a muzzle velocity in excess of 800 feet per second with over 330 foot pounds of energy. It is favored by competitive shooters as well as for target and training purposes.

Sellier & Bellot is a Czech manufacturing company that originally served the Dual Monarchy and provided ammunition through both world wars. US shooters have found the quality of these rounds as well as their fully reloadable cases, to be of superior quality. S&B offers superior performance at an economical price. Order yours to see just how much.