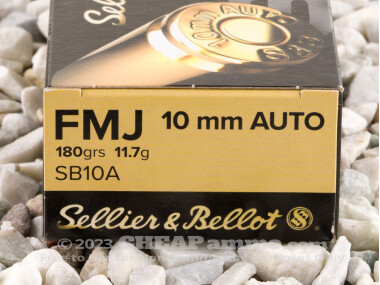 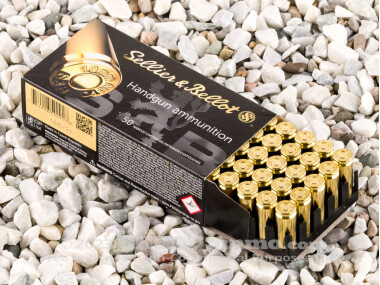 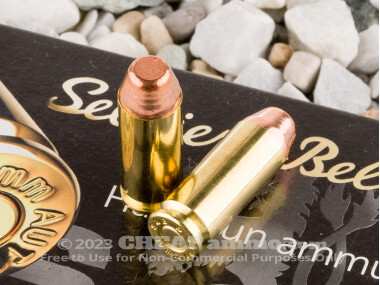 This round’s just the thing for developing your skills at a range stall. Its 180 grain projectile is sheathed in a hard full metal jacket, so it won’t stall en route from magazine to chamber nor will it leave your weapon’s bore a leaden mess. Sellier & Bellot’s decades in the business have left them able to fabricate a uniformly dense core and concentric jacket, so this bullet won’t spin out before you can earn your bullseye, either. The bullet further sports a truncated cone profile, a form that not only even better guarantees reliable feeding, but which also stamps a clean hole through a paper target. The effect is a shot that will give you visible feedback on your aim, even from downrange, as well as unambiguous results that you’ll have an easier time of scoring.

Sellier & Bellot’s brass casing is fresh out of their factory in the Czech Republic and of the quality that not only complements its bullet’s accuracy but also suits it for handloading. Their Boxer primer won’t splatter corrosive residues all over your pistol’s action, and their propellant burns similarly clean as well.

Great for range work and brass is good to reload. Have used S&B in multiple calibers without any problems.