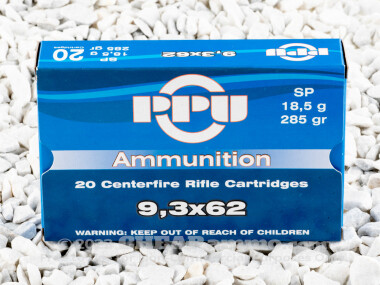 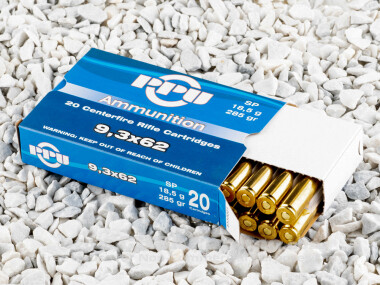 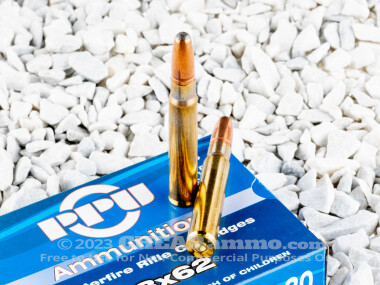 Introduced in 1905 by Otto Bock, the 9.3x62 Mauser was a sporting round designed to give the production Mauser 98 action a dramatically improved performance for taking on medium to large game in Europe and Africa. With it, Mauser rifles were able to handily wrest the title of most desired sporting arms and caliber. This was due to the fact that they were less expensive and just as, if not more so, reliable compared to the British made hunting rifles of the time. It is well recognized for being capable of delivering one shot knockdown power and is still widely used in Africa and Europe.

This 9.3x62 ammo features a 285 grain, soft point bullet. Expect a muzzle velocity of 2265 feet per second and 3252 foot pounds of energy. This is a decent valued hunting round available to shooters who have a prized Mauser in this caliber.

Serbian munitions maker Partizan continues to offer otherwise rare ammunition to modern shooters at reasonable prices. Boxer primed cases are reloadable to those with appropriate presses along with traditional bullet types offer a value that can hardly be beat to keeping these august firearms banging away in the field or at the range.