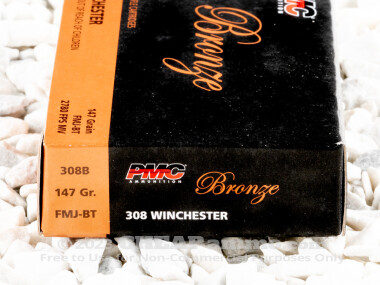 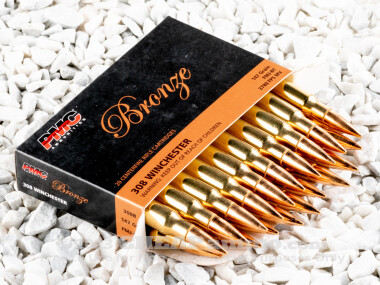 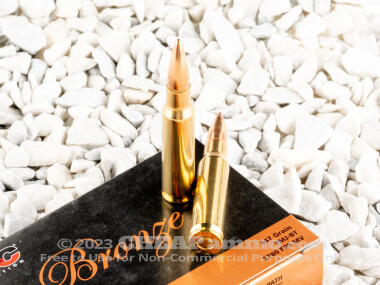 PMC's 147 grain full metal jacket .308 ammunition brings a muzzle velocity of 2,780 feet per second that hits with over 2500 foot pounds of energy. This 500 round lot is designed for target shooting as well as training with either bolt, lever and pump action rifles as well as semiautomatic rifles.

In this package, you'll get 25 boxes of .308 ammo with each box containing 20 rounds ready for your next range trip.

Developed by Winchester in 1952, the .308 is the commercial variant of the 7.62x51 NATO cartridge that was introduced two years later. While physically identical to the NATO round, the .308 is typically loaded to higher pressures as it was designed for the increasingly popular short action hunting rifles in the 1950's. While there is a difference in load pressures, the Sporting Arms and Ammunition Manufacturers Institute (SAAMI) considers cross loading the two calibers into firearms chambered for either to be safe.

Precision Made Cartridges, or PMC, makes ammunition for the South Korean military, a nation that requires extreme reliability in its munitions, especially these days. So precise is PMC in ensuring quality that it exercises rigorous controls over the component selection process, putting only the best materials into their products. American shooters have come to recognize PMC cases as among the best to use for reloading purposes.