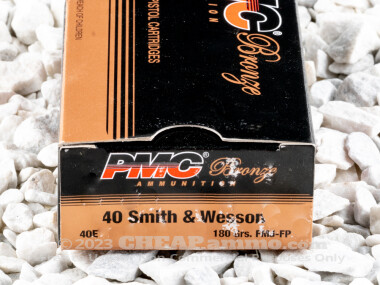 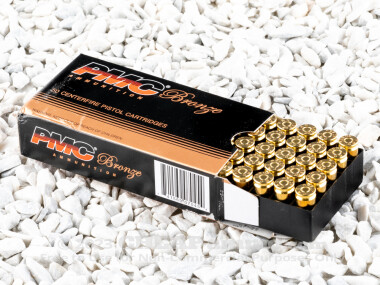 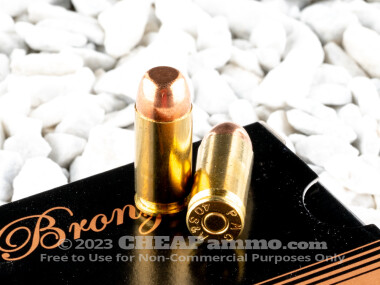 The .40 Smith & Wesson cartridge remains a strong contender in the top three pistol calibers in the US. The 180gr bullet has similar ballistics to the 185gr .45 acp in a pistol that usually has a higher capacity magazine. The .40 was developed as a “short” version of the 10mm Auto when that round was found to be too potent for many FBI agents after it was adopted as a new service round in 1990. Since then it has gained numerous devotees. The 180 grain full metal jacket round from PMC has a muzzle velocity of 985 feet per second with 388 foot pounds of energy. This 1000 round case lot is ideal for target practice as well as range or intensive tactical training with an easy recoil compared to the lighter, faster rounds that give the .40 caliber its reputation for being “snappy”.

Precision Made Cartridges (PMC) is the Poongsan Corporation’s munitions manufacturer that provides ammo direct to the military of South Korea. The company maintains complete control not only over manufacturing but also component and material selection, guaranteeing a premium quality component. PMC brass reloadable cases are known for their quality, especially to handloaders who make their own custom, purpose specific cartridges after burning through their “plinking” ammo.