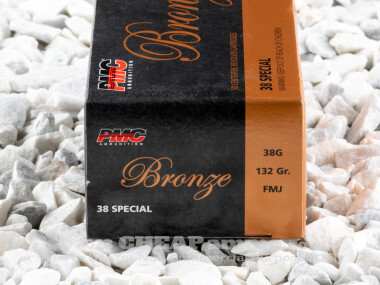 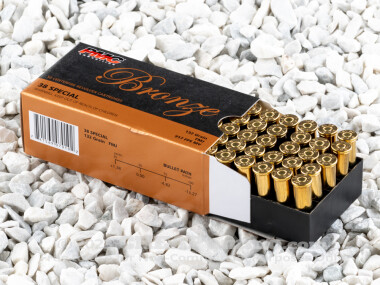 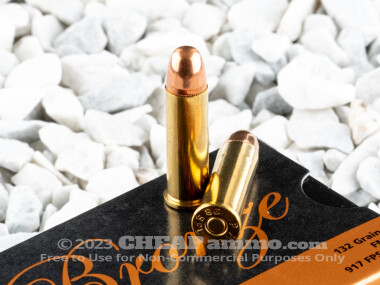 PMC's 38 spl ammo is loaded with a 132 grain FMJ bullet has a muzzle velocity of just under 900 feet per second with almost 230 foot pounds of energy and is ideal for target and competitive applications. This product contains the full bulk 1,000 round case of ammo so you can rest assured your next range trip will have plenty of ammo to go around! Each round is factory-new and manufactured at PMC's state of the art facility in South Korea – the same facility that equips NATO Forces and the South Korean military.

In the 1890's the US military began replacing the .45 Long Colt in favor of an easier shooting round with less recoil and the possibility of carrying more rounds for the same weight. The .38 Colt was the initial choice but was found to be underpowered for dealing with the enemy during the American conflict in the Philippines at the dawn of the 20th century. Smith & Wesson followed shortly after with the .38 Special. While not as potent as the .45 acp that ultimately became the primary sidearm caliber of the US military, the .38 Special did outperform the .38 Colt and became a secondary caliber for officers behind the lines. Civilian shooters and law enforcement officers also embraced the cartridge, and it continues to be selected as a competition caliber.

As the primary munitions supplier of the South Korean military, Precision Made Cartridges is trusted to provide reliable ammunition for that country's constant potential need. PMC's rigid control over components has been made apparent to US shooters who compete, plink and reload the premium brass cases. This 1000 round case is ideal for keeping on hand or for the training course you've been wanting to sign up for.