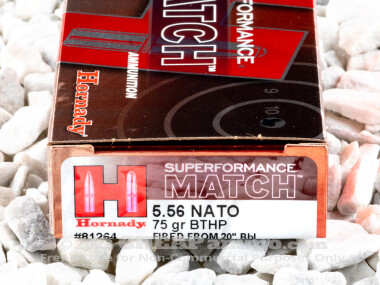 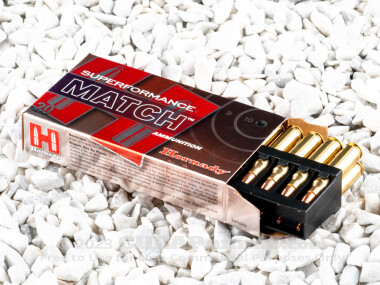 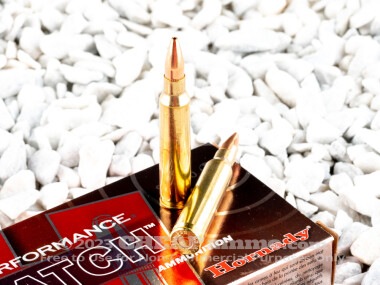 Developed in the 1960s from the Remington .223 cartridge, the 5.56 NATO round is slightly up charged and care should be taken to avoid use in .223 chambers. While adopted by numerous nations (not just NATO members) for military use, the cartridge is also very popular, especially in the US, for target, hunting and defense purposes. This heavier, 75 grain bullet is also designed specifically for use in 1:8 or 1:7 barrels for longer range applications, though will operate well enough in 1:9. Hornady’s super-performance hollow point boat tail round has a muzzle velocity of 2910 feet per second with 1410 foot pounds of energy. This bullet is for competitive shooting or long range varmint hunting. Many shooters also find that while optimized for stability at range, in 1:9 twist barrels at close range it may be less stable and “tumble”: a potentially desirable result for defense.

Hornady ammo has been among the most trusted ammunition suppliers for when each shot counts since they began ammo making under their own name in the 1960s. That reputation for quality and dependability has been maintained by each and every round produced. The super-performance line of ammo has established accuracy and is advertised to be nominally 200 fps faster than standard rounds.