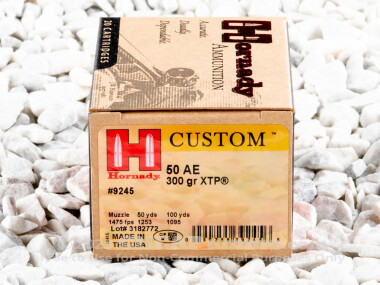 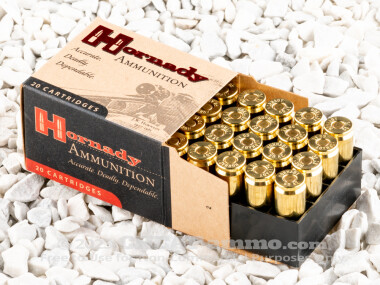 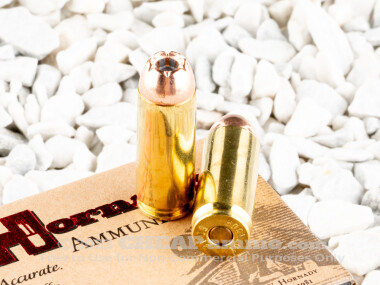 Originally made for Arcadia Machine & Tool (AMT) Automag Mk V, the .50 Action Express cartridge is definitely more popularly associated with the Israel’s Desert Eagle pistol. The case of the cartridge was designed with the same sized rim as Remington’s .44 Magnum, making the bolt suitable for firing that caliber as well with but a barrel and magazine change for shooters who like the versatility of shooting something “smaller.” After the initial design was completed, the case had to be redesigned with a taper to reduce the diameter from .510 to .500 to avoid classification by the Bureau of Alcohol, Tobacco and Firearms as a destructive device. This 300 grain hollow point round has a muzzle velocity of 1475 feet per second with approximately 1449 foot pounds of energy. While the recoil is notable, use in a semi auto helps dial it back to equal of “only” a .44 magnum Use for personal defense against large predators such as bears and even Buicks.

Hornady began life in the 1940’s by converting spent .22 brass into bullet jackets for the government. By the end of the 1960’s it was an established munitions manufacturer of quality sporting and personal defense ammunition. When it comes to dependability in a crisis, shooters use Hornady.