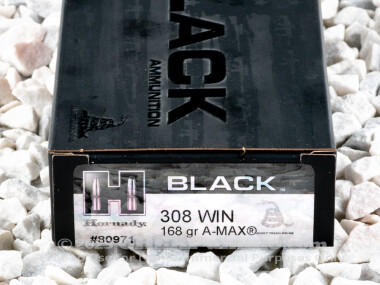 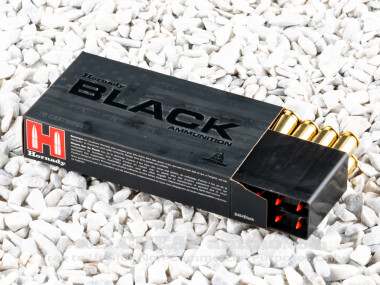 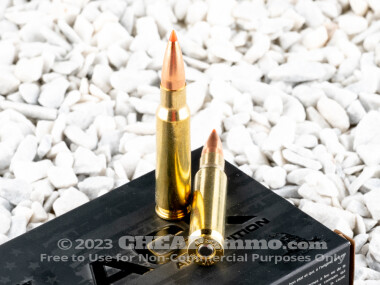 The intermediate rifle cartridge found in most assault rifles was developed as a result of field experience finding that most battlefield engagements occurred around 200 yards or less. Recent field experience of the US military has found that while the standard 5.56 NATO round is capable for close and medium ranges, for reaching out further and to deliver desirable effects the larger rifle caliber simply cannot be replaced. The .308 Winchester, along with its martial twin the 7.62x51, provide service the world over in both sporting and military service. Hornady’s Black, 168 grain, AMax bullet has a muzzle velocity of 2700 feet per second with 2719 foot pounds of energy. It is designed for universal application from target shooting to precision team shooting for military and police.

Hornady began making sporting and defensive ammunition in the 1960s and has been at the forefront of new bullet design and powder technology ever since. Their A-Max represents the pinnacle of ballistics to, and delivery of full energy into, the target, capable of defeating intervening cover such as light materials to automotive window glass. Of course, these cartridges are loaded onto reloadable cases for additional value: Hornady brass is a premium product for custom handloaders.