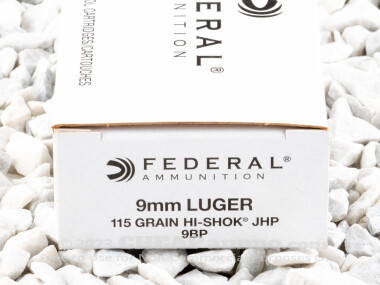 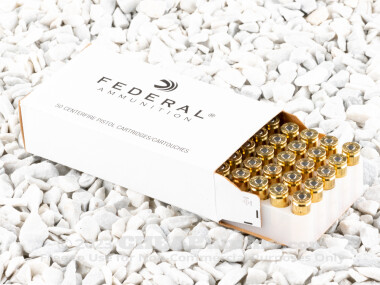 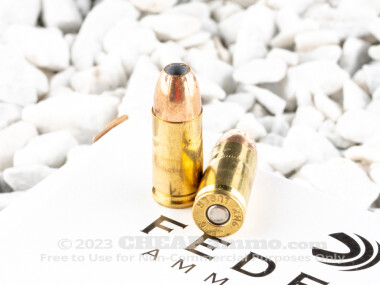 Federal Premium exemplifies the Minnesotan spirit of honest, quality work. They’ve spent nearly one century optimizing their production process that it may yield consistent ammo for any imaginable application. If you would like self-defense ammo in a quantity that will let you train with the same rounds you would protect yourself with on the street, then this case very much deserves to join your arsenal.

This 9mm cartridge features its caliber’s light 115 grain projectile, which generates little recoil that could make your aim wander as you’re quickly emptying out your magazine. A jacketed hollow point, the bullet expands especially reliably courtesy of the uniformly spaced notches stamped around its nose cavity. You can depend on such a bullet to mushroom in the same fashion every time it pierces its target.

Federal’s meticulously drawn brass cycles seamlessly, and their carefully formulated propellant and non-corrosive Boxer primer ensure you’ll receive a supersonic 1,180 fps muzzle velocity with every pull. These rounds’ casings are ideal for handloaders who insist on using every part of the animal!