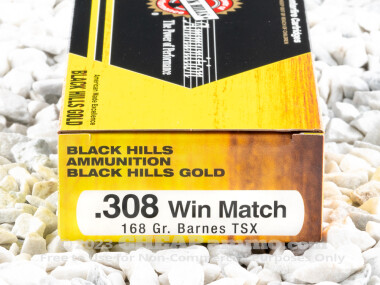 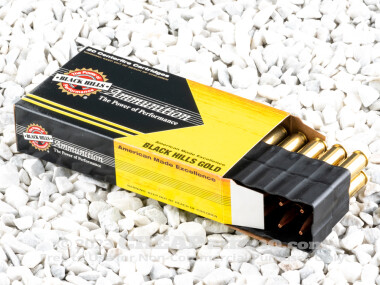 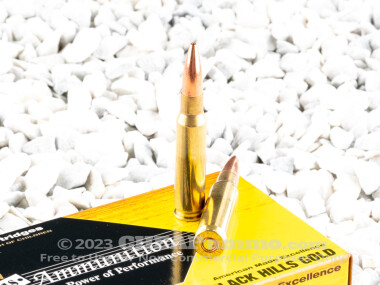 Since its introduction in 1952, the .308 Win ammo has become one of the most common rifle cartridges in the international sporting, military and police worlds. With its physically almost identical twin, the 7.62x51 NATO cartridge, the .308 is seen on Safari as well as special weapons and tactics and finally even military precision shooting teams. It is almost as ubiquitous as the Russian 7.62x39 medium rifle round although its applications are usually more precise than the “spray and pray” approach the ‘39 is known for.

Black Hills’ 168 grain round has a muzzle velocity of 2650 feet per second with 2619 foot pounds of energy. The triple shock bullet (TSX) is solid copper with no jacketing to get stripped away to maintain mass and penetrative energy when reaching the target. In this match ammunition, the construction maintains ballistic consistency and accuracy to the target.

Adopted for use by US military competitive shooting teams, Black Hills ammo for modern rifles maintains the reputation for dependable performance that they have earned with their competition cowboy ammunition. With Banes bullets loaded onto reloadable brass cases and a brand name trusted by the best professionals in the world, there is no reason not to choose Black Hills.