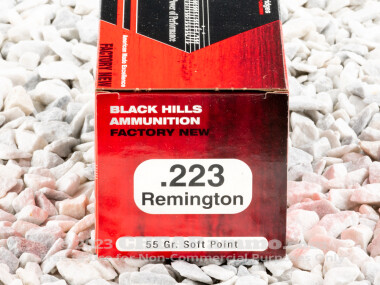 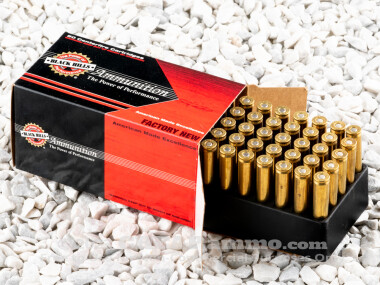 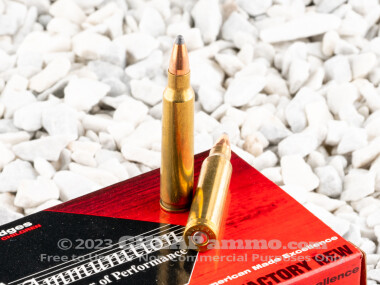 Introduced in 1962, the .223 Remington cartridge continues to be the most popular mid rifle caliber in the US and beyond. Its ability to be fired in 5.56 NATO chambers makes it more versatile than its descendent calibers: 5.56 and .223 Wylde while being able to be fired from all chambers mentioned. In soft point bullets, such as this lot, it pays homage to its own varmint cartridge heritage: a small caliber traveling at hyper velocity with expansion potential once striking the game. The 55 grain soft point bullet by Black Hills ammunition, for example, has a muzzle velocity of 3250 feet per second with 1270 foot pounds of energy. This is a cartridge that is ideal for target shooting and range training, but also, obviously, for varmint hunting.

Black Hills Ammunition began in 1981 in South Dakota. To date, the company provides 5.56mm ammunition to every branche of the US military: a testament to its quality and reliability is harder to beat. Yet, by providing ammunition to every major US firearms manufacturer, the company comes close to doing just that. Brass cases are boxer primed offers additional value on top of an already high quality to low price ratio.