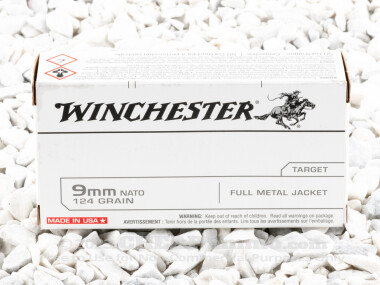 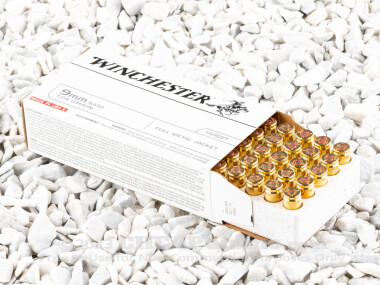 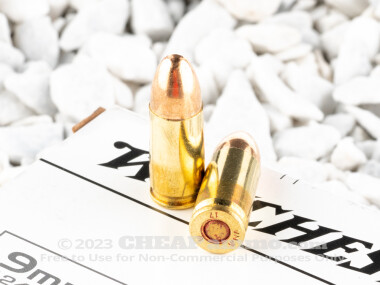 Winchester's 124 full metal jacket 9mm ammo packs a muzzle velocity of 1140 feet per second and 355+ foot pounds of energy. It is manufactured for the purposes of target shooting and range training. There is very little ballistic difference between this and the more popular 115 grain bullet, however, the slight increase in weight can offer better performance out of some of the more finicky semiautomatics.

The most popular centerfire pistol caliber in the world, the 9mm has virtually taken over both the civilian as well as the military shooting world. Presented in 1902 by Georg Luger himself, the 9mm parabellum was designed as its name suggests - for war – and it was in the Great War it proved itself. So well in fact that it was a common caliber to both adversaries in World War II.

When buying this ammo, you'll get a single box of Winchester 9x19 ammo delivered to your door that's ready to fire.

Winchester munitions is among the most recognized for quality in the U.S. Manufactured in the United States under the Olin Corporation since the end of World War II, billions of rounds of ammunition have been delivered in the iconic "white box." Shooters have come to appreciate Winchester's brass cases for the high quality of reloadable brass. Order yours today and see why!