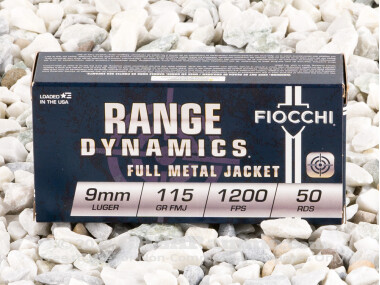 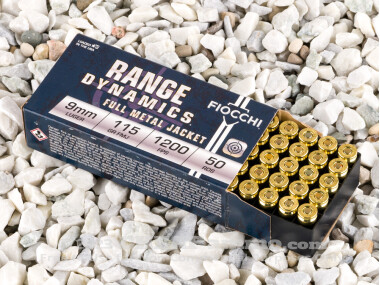 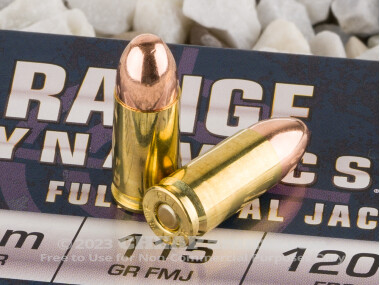 9x19 ammo by Fiocchi Munitions is one of the most popular imported 9mm rounds in the USA. The 115 grain bullet is a Full Metal Jacket (FMJ) and is prized for being accurate and delivering impressive penetration at 1200 feet per second from the muzzle with over 360 ft lbs. This round is ideal for both new and experienced or competitive shooters. The latter, and especially reloaders, can appreciate Fiocchi's boxer primed, brass cases for their smooth feeding and reusability. So popular is this caliber that it is known by several names: 9x19mm, 9mm parabellum and 9mm luger are in fact all the same round, and this is exactly the same round used by numerous police and military forces throughout the world, including no less than NATO itself.

Begun in the 1870's Fiocchi munitions initially made components for muzzle loading black powder firearms but changed with the times moving to self contained cartridges and smokeless powder. Manufacturing for Italy through both World Wars, its quality is mad manifest by continued production, keeping pace with modern technology and acceptance by shooters today. Fifty round boxes or cases of 1000, Fiocchi 9mm's standards of excellence will provide you with exactly what you are seeking. Order today!