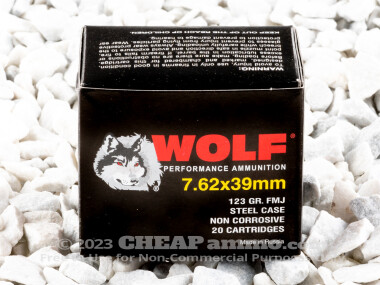 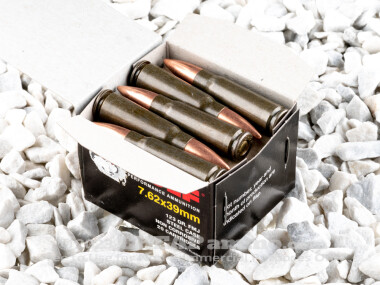 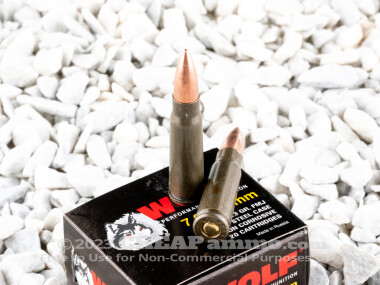 Development of the Russian 7.62x39mm rifle round began in the WWII with the need for a rifle round that could be managed under semi and full automatic fire. The first rifle chambered in this caliber was the Simonov carbine (SKS) in 1945. The round’s durability of design and mid-range effectiveness is undeniable based on the proof of its continued use over seventy years later. Obviously the most prolific firearm is the AK series, but there are also many US domestic rifles chambered in this caliber. Wolf Ammunition’s 122 gr fmj bullet leaves the muzzle at 2362 ft per sec with approximately 1550 ft lbs. This is a round made to military specifications, ideal for target shooting or tactical rifle training. One thousand rounds of which is good for keeping on hand or preparing for the next training course.

Russian military surplus like ammunition became very popular on US civilian markets in the late 1990s: steel cased, berdan primed cases, the ammunition was single use only, but economically priced and reliable, and therefor true to the Russian stereotype and design specs: the 7.62x39 is designed to work under many severe circumstances. That is what makes this 1k round product ideal for keeping on hand for any potential scenario.

I am very pleased with my purchase