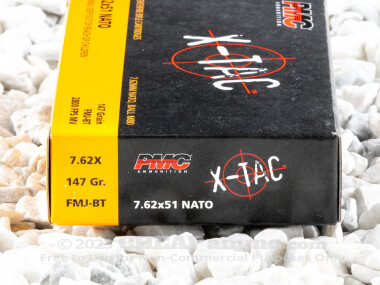 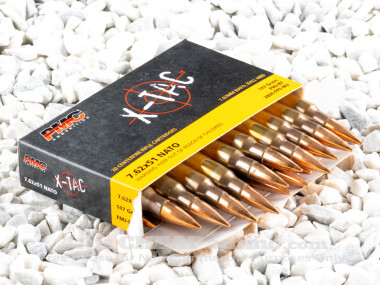 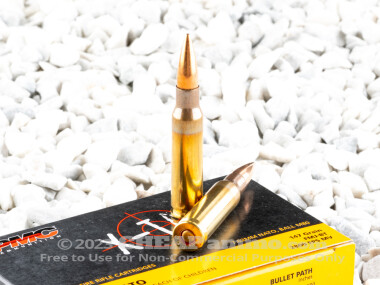 When the .308 Winchester / 7.62x51 NATO duo hit the shooting world in the 1950’s it started a mild source of confusion as to the actual differences of the two. While physically ALMOST identical, they are in fact capable of being fired safely in each other’s chambers. The primary difference is often explained in intent: the .308 is loaded with bullets that are intended for sporting purposes, specifically hunting, so will have a variety of bullets intended for terminal ballistics delivery. The NATO will always be full metal jacketed and have a purpose of training with a leaning towards long range accuracy: making them ideal for competitive uses, be they military or civilian in nature. PMC’s X-Tact 147 grain, boat tailed fmj bullet is a premium example of the latter. Exiting the barrel at up to 2800 ft per sec with 2611 ft lbs, this is a match grade cartridge promising consistently accurate performance.

South Korea’s PMC manufacturing facilities provide ammunition both for commercial export and for their own national defense. Given the country’s history and current position in global politics, it is no surprise they have rather high expectations of their munitions and disappointments are simply unacceptable. Components are subjected to a rigorous quality control process before assembly using the latest technology, their X-Tact line is their top of the line performance ammunition. Further, their boxer primed cases remain a source of commerce for reloaders.