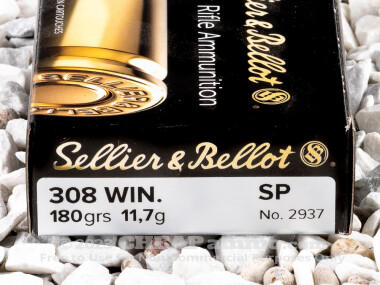 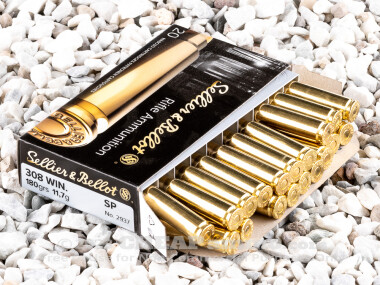 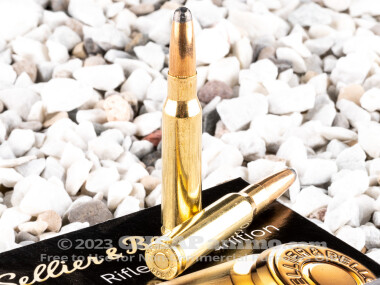 In 1952 Winchester introduced the .308 Winchester, which was the culmination of the search for a .30 caliber cartridge that was shorter than the. 30-06 yet had similar ballistic characteristics. This was motivated by having a shorter action that could function better in self loading rifles as well as having a shorter receiver for more compact, sporting rifles. The result was very successful as it became a standard round throughout the world as both the .308 for hunting and long-range target competitions and the martial equivalent two years later: the 7.62x51 NATO, though the former is usually loaded to slightly higher pressures. The 180 grain, soft point bullet loaded into this .308 ammo by Sellier & Bellot exits the muzzle at 2454 feet per second with 2408 foot pounds of energy. This is a premium hunting round combining long distance accuracy with superior knock down capabilities.

American shooters have become more and more familiar with the Czech munitions maker Sellier & Bellot over the last few decades and have concluded what European sportsmen have known for almost two hundred years: they are a quality cartridge maker with a reliable performance record. S&B cases are reloadable and the primary product is what hunters on virtually every continent rely upon for immediate results.