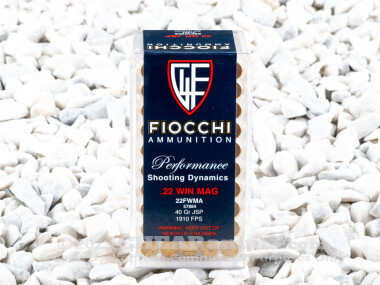 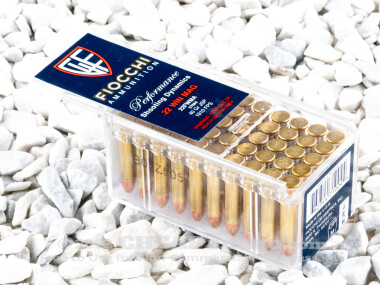 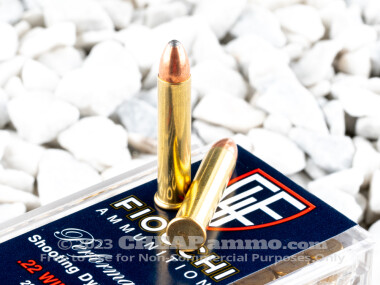 For small game hunting and long distance shooting with a rimfire cartridge, since its introduction in 1959 .22 WMR ammo is one of the most popular choices in the United States. In more recent years it has become a candidate for personal protection, both in the wilderness as well as in more urban situations. That fact notwithstanding, it remains popular for rimfire performance shooting for competitions at longer ranges than standard long rifle cartridges. Additionally, it is popular for small game and pest control.

The 40 grain soft point bullet by Fiocchi is capable of leaving the muzzle at 1910 feet per second with over 580 foot pounds of energy. It is a good choice for target shooting and competitive shooting as well as for hunting where the use of hollow point ammunition is restricted. This 500 round lot provides a lot of opportunities for multiple applications.

Fiocchi ammunition was founded during the mid 1870’s in Italy and made a name for itself in Europe as a provider of dependable ammunition thanks to their particular focus to primers. Today, US marketed ammunition is made in country in their Springfield, Missouri plant, providing American sportsmen with the pride in quality that was previously limited to European aristocracy.