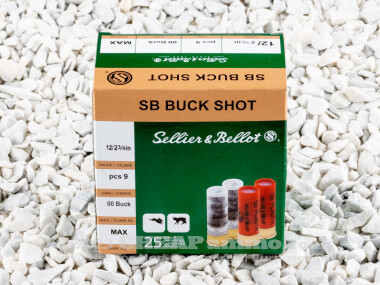 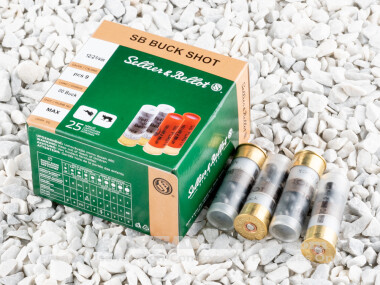 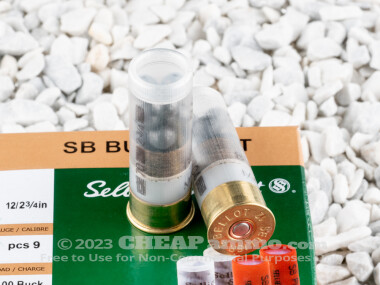 The 12 gauge shotgun is the most prevalent firearm cartridge perhaps in the world, and has been used for everything from sporting purposes to police and military applications. When US "doughboys" were in need of a quick firing firearm, instead of using a foreign made automatic, they resorted to using the "trench sweeper," a 12 gauge pump action shotgun, that inspired fear among enemy troops. As a military or law enforcement firearm, the shotgun has continued in use especially in jungle and urban environments where combat at close ranges is likely. As a sporting firearm, there is none other more prevalent in either trap or hunting or for home defense. The 2 ¾" 00 buck shot cartridge fires up to nine 8mm pellets at about 1200 feet per second causing multiple wounds or target strikes.

Sellier & Bellot has been making cartridges and cartridge parts in Bohemia for almost 200 years. For sporting and law enforcement applications, the value of S&B rounds has become well known in the US equally for both sporting and defense rounds. This 250 round lot is ideal for keeping ready for your just in case stores or for training and range days.