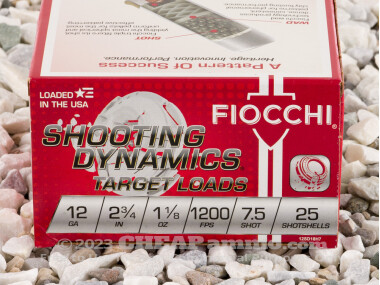 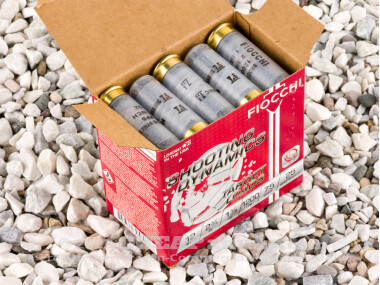 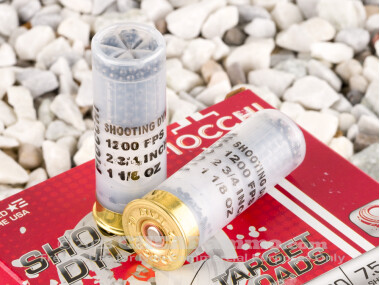 The guy operating the clay thrower is the opposite of a lady who is having a baby. The guy is told to pull. The lady is told to push.

But the person having the most fun is the one who gets to say pull. If that’s you, then you want this American-made 12 Gauge target shooting ammunition by Fiocchi. With it you’ll have everything you need to show your pals how trap and sporting clays are meant to be played.

This shell’s 393 individual #7.5 shot pellets are composed of first-run chilled lead. Cooling lead immediately after it has formed a bead makes it considerably harder. Such pellets are made to resist deformation on ignition and impact, which makes them tight-patterning and hard-hitting.

Many would consider 1,200 fps a middle-of-the-road muzzle velocity for a trap shell, and lower-end-of-the-spectrum for a sporting clays shell. It won’t make you feel very much recoil, especially as Fiocchi’s cushioned wads do their job. This ammo’s loaded with their usual reliable primers and clean-burning powder, and its hulls are worth saving as reloading components.